Various snaps of from a holiday we took in late 98 - staying in Paris, but using the wonders of the 'net to help organise a day trip by SNCF down to Chartres, where we had been briefly about ten years earlier as part of a rather ghastly (friction between a contingent from some Welsh chapel and the coach driver) Paris and environs coach trip. So we wanted to go there in our own time, rather than being chivvied about with not enough time to do one of the guided tours. 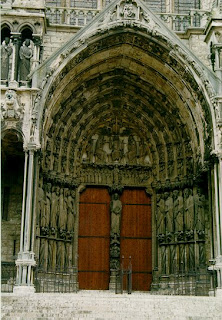 Side door at Chartres cathedral 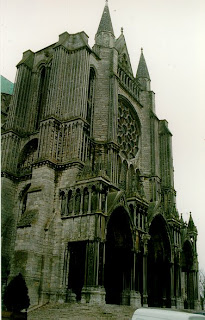 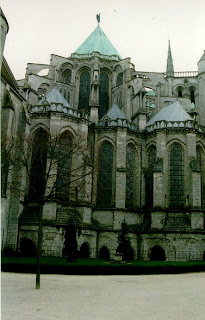 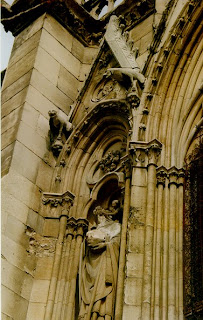 Detail of one statue in an alcove by the side doorway

Not shown, the Amber-like pattern spiralling in the centre of the interior, mainly because it was obscured by all the chairs set out for services.

Posted by Steve Gilham at 19:24 No comments: 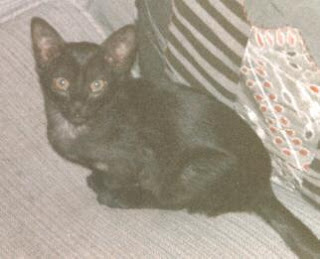 Sadly run over during her wanderings, Kundalini was a pedigree Asian Smoke ( a Burmese variety with a black outer coat, and white underfur). She grew from this enormously cute phase into a the same sort of rough tough alley-cat hunter as Shen was; though remained ridiculously cute when she wanted to be. 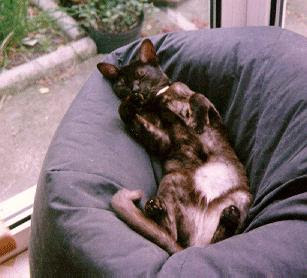 Here she is at about nine months, showing off her bald patch after being spayed; and she kept the habit of rolling over to display her belly when she felt like being cute - as this later photo shows. 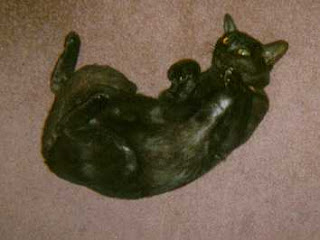 She clearly domesticated at least one other household, caught any rodents that attracted her attention, and any bird or insect unwarily flying past, and scavenged where the opportunity permitted. At least she didn't followed Shen in bringing home bits of other peoples' Sunday lunch; but her wanderings did take her across a fairly busy road, alas.

Posted by Steve Gilham at 20:36 No comments: