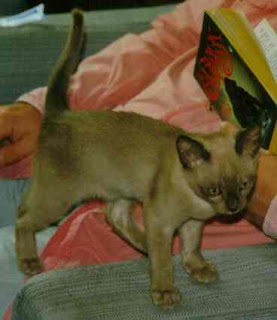 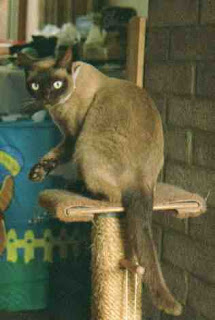 Penny was a pedigree chocolate Burmese. She's looking very serious in the first photo, in reaction to the new arrivals Bleys and Jemima.. Before this, she still seemed very kittenish by comparison with older cats, playing serious games of tig, when Smoke was in the mood to join in. Later she spendt a lot of time fighting over her place in the hierarchy with Bleys; and then eventually became subordinate to Jemima (twice her size) at the feeding bowls.

As expected, she has become a mighty huntress, as well as a scrounging alley-cat, preferring her food well aged; and to the end made use of other cats as a hot water bottle, first Smoke, and later Jemima. 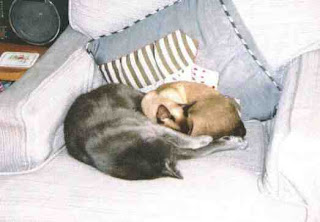 With the newer arrivals, there was a lot more communal sleeping. 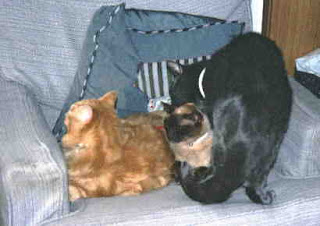 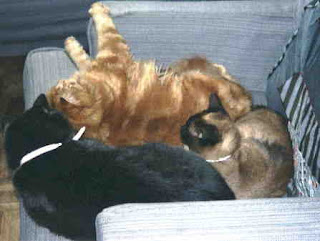 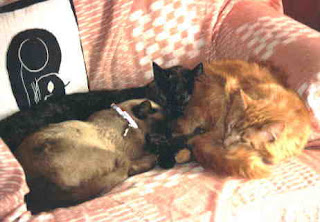